The scale length of a guitar, whether it’s acoustic or electric, is an important factor when you’re buying your instrument, even if you’re a beginner. But what elements should you base your choice of scale length on?

What Is a Scale Length?

The scale length of a guitar refers to the distance between the nut and the saddle. In other words, it’s the length over which the string vibrates freely, and that’s why the scale length is so essential in the choice of a guitar: it determines the timbre and accuracy of the instrument, as well as the guitarist’s comfort while playing. Indeed, the choice of scale length must be based in part on the comfort of use that it offers the musician. For example, guitarists with long fingers are more comfortable with longer scale lengths. There are no standard scale length, and each guitar manufacturer uses a scale length all their own.

Among the most popular scale lengths, we find the Fender, a long scale length at 647.7 mm, and the Gibson, at 625 mm. Although they remain benchmarks, instrument makers are increasingly using intermediate lengths.

It’s also common to use shorter scale lengths: for example, women under 5’ 5” often choose 7/8 guitars, which have scale lengths of about 620 to 630 mm.

For children, it’s obvious that scale lengths intended for adults won’t be suitable for them: while a teenager over 5’ 1” can play with a 650 mm scale length, a young guitarist measuring 3’ 7” will be much more comfortable with a scale length of about 440 mm.

The scale length has an influence on the sound of the guitar. Short scale lengths offer easier and more comfortable playing, as the strings aren’t as tight. The vibratos and bends are softer, and the sound has more roundness and a longer sustain. The guitarist has less need to press their fingers. On the other hand, buzzing sounds are more frequent, and the harmonics lose their brightness in the high notes.

Long scale lengths offer a brighter, crunchier sound with plenty of attack, along with a sound of plucked strings, but they make playing more difficult because the strings are very tight.

That’s why short scale lengths are generally recommended for children, but also for beginner adults.

You mustn’t forget either that it’s necessary to lengthen the saddle of each string to compensate for the excess tension exerted by the finger above. The compensation varies depending on the strings: it must be higher on the thicker strings (which correspond to the low notes) than on the thinner strings (which produce high notes). The greater the excess tension, the more necessary it is to lengthen the scale length.

A guitar scale length must be chosen based on the playability of the instrument and the sound that it makes. A compromise must be made between the playing comfort and sound quality that you’re looking for, and not without having first tried several guitar models. 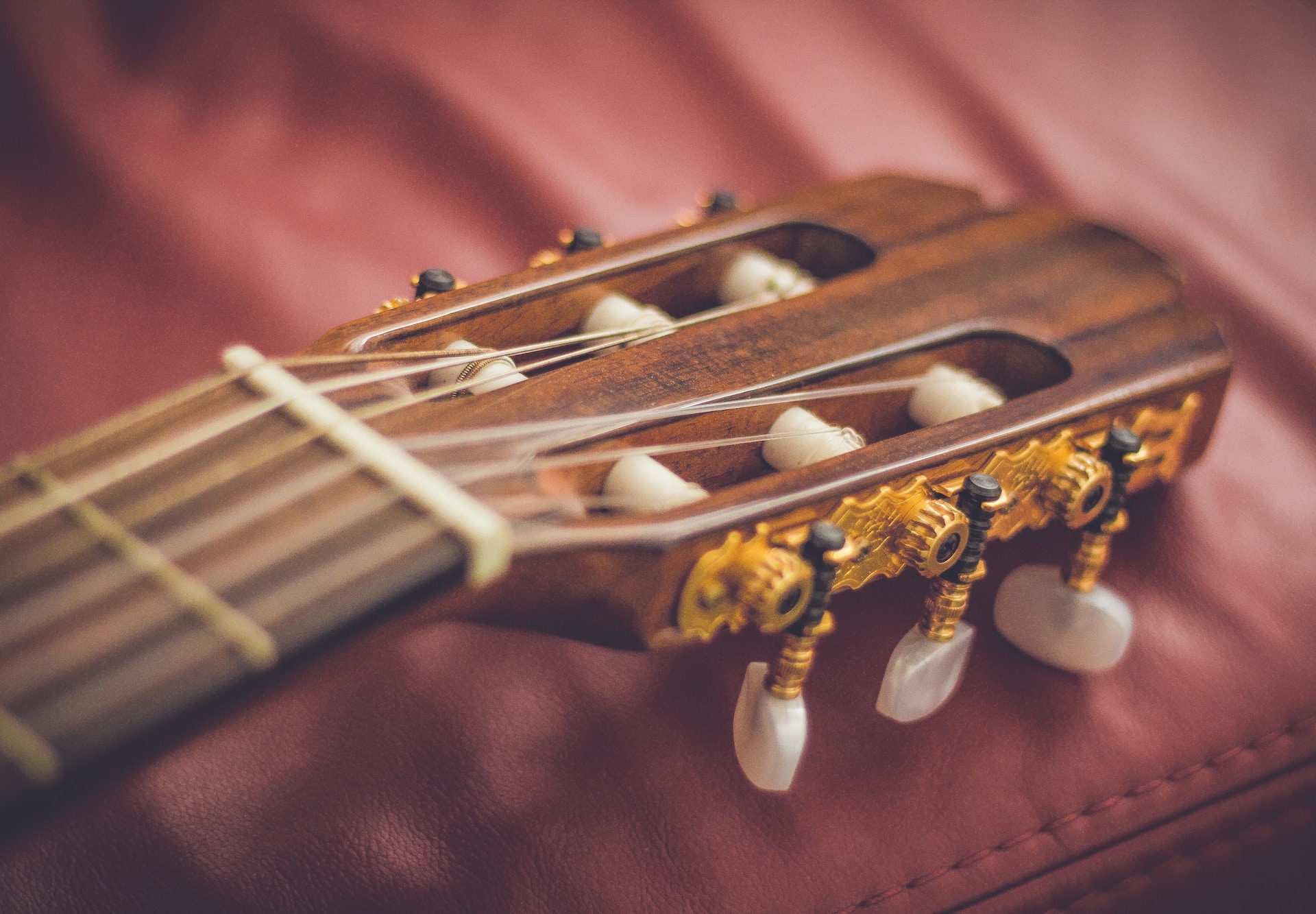