At WIMA, each student will benefit from a personal approach based on their goals, whether they are at a beginner, intermediate, or advanced level. Fun is the heart of our philosophy, and we integrate it into all of our lessons while imparting our knowledge and passion for music to our students. Our teachers work with pieces chosen by the student and adapted to suit their level. Students will also have the opportunity to play one of their favourite pieces at the end­-of-­session recital.

Our teachers use creative methods and books that perfectly correspond to the level of the student and respond to their objectives. Students will learn how to read sheet music, chord diagrams, and musical notation at their own pace.

Each WIMA studio is outfitted with quality accessories and equipment. Just bring your violin, your sheet music, and your energy! 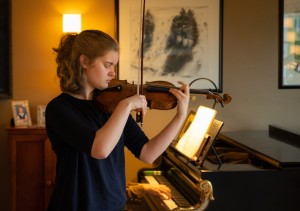 Jana grew up in Seattle, Washington and recently completed her Bachelor’s Degree in Violin Performance at McGill University’s Schulich School of Music.Jana started her studies as a violinist with her father at age five, switching at age 14 to study with Croatian violinist, Sanja Futterman. Jana has participated and performed in many competitions and festivals on both the east and west coasts of North America including the Seattle Young Artists Music Festival, the Performing Arts Festival of the Eastside where in 2016 she won first place, the Boston University Tanglewood Institute, and Domaine Forget. Jana also broadened her studies by learning and performing on the viola and studying composition. After having been accepted at universities including the Eastman School of Music, and the San-Francisco Conservatory, Jana chose to study at McGill University with acclaimed violinist, Axel Strauss. Jana has since played in many orchestras, chamber groups, and has participated in masterclasses including those led by French violinist Régis Pasquier, concert violinist Rachel Barton Pine, and concertmaster of the Los Angeles Philharmonic, Martin Chalifour. Jana plans to pursue her career as a professional violinist! 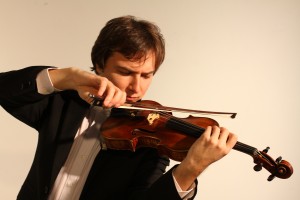 Praised for his technical control and depth of sound, Oleg has performed extensively as a soloist and in chamber music ensembles in Russia and the United States.

Oleg started his musical studies at the age of 7 with professor Zoya Mahtina. He then continued his studies with Eduard Gratch (Moscow Conservatory), Dmitry Berlinsky (Michigan State University) and Emanuel Borok (Southern Methodist University). In 2019, he completed an Artist Diploma program under the guide of Elizabeth Adkins at the Texan Christian University.

Oleg has over 15 years of experience teaching students of all ages and levels. He focuses on developing a strong technical foundation to allow the student to play freely any style of repertoire. He has taught privately, as well as at the Classic Music Institute of Texas and the Rockwall School of Music in North Texas. He can teach in English and in Russian. 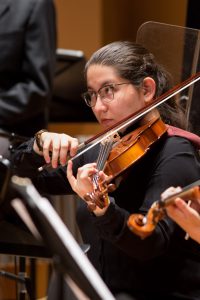 Starting her music education at the age of 6, Mayu has been playing the violin and viola for over 15 years. She has taken private lessons with Jean MacRae and Steve Dann, and now enjoys teaching students of her own. Mayu has numerous years of experience playing in orchestras such as the FACE Symphony and Chamber orchestras, as well as the Mount Royal Youth Orchestra, where she was principal violist. Her orchestral playing has led her on various tours overseas to Greece and France.

She is currently finishing her Master’s degree in Musicology at McGill’s Schulich School of Music, where she got her Bachelor’s Degree in Music in 2020. She was also a member of the McGill Symphony Orchestra from 2016 to 2018.

She has worked at the Encore! Sistema Québec Day Camp and occasionally plays at the Chapelle Notre-Dame-de-Bon-Secours in Montreal’s Old Port. Currently, she is the director of the Mount Royal Youth Orchestra’s beginner level String Ensemble.