At WIMA, our teachers know how attached students can get to their own musical style. That’s why, based on the strength of their experience teaching music, they share their passion while adapting the bass guitar lessons to let each student express their own musicality, whether they are beginners or advanced.

All WIMA studios are outfitted with the equipment necessary for learning and practicing guitar. You just have to bring your bass, your sheet music, and your enthusiasm!

During the lessons, we teach the fundamental basics of music while respecting each student’s musical style. All students are strongly encouraged to have their teachers listen to their favourite pieces, and they can choose the musical style they would like to focus on. Our teaching methods, which rely on good communication, allow the students to build a solid foundation for learning music. Once the fundamentals have been acquired, students can tackle more advanced techniques such as writing or improvisation. 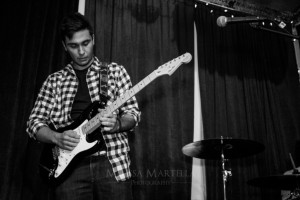 Alec first picked up the guitar at the age of 5. Throughout his childhood, Alec was always surrounded by musicians who lived up to the true sense of the term “rock and roll”. As the son of a semi-professional lead guitar player who played in various bands, Alec was consistently influenced into old school vintage rock and roll music. Deeply rooted in blues, rock, and soul music, Alec’s playing draws influence from players like Eric Clapton, Jimi Hendrix and Warren Haynes.  After studying the guitar for over 10 years, Alec’s accomplishments include several years of teaching experience, various performances of a wide variety of genres with different bands in Montreal, and even composing music for two small time student produced films in Montreal. Above everything else, Alec’s favourite kind of playing is an old school style unrehearsed jam. Much of Alec’s playing is based on “feel”, and the teaching method implemented puts feel first with a broad overture and application of musical theory.

Alec teaches on Saturdays in Pointe-Claire. 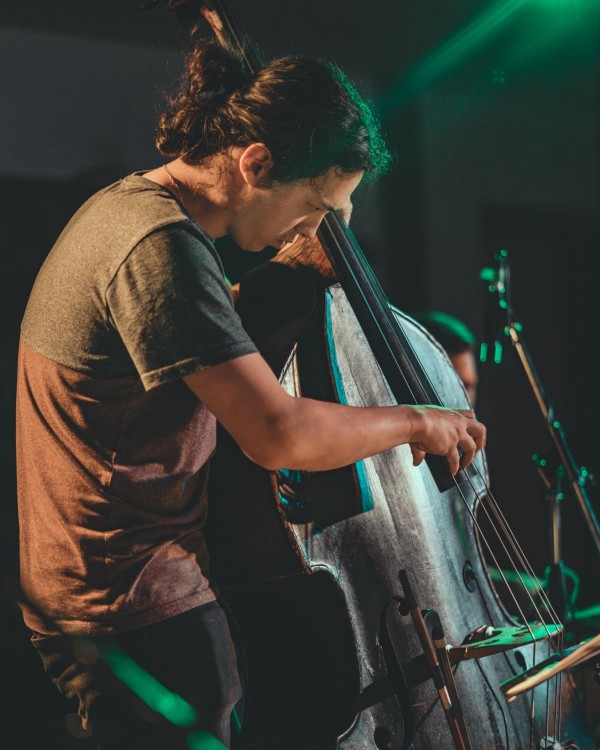 Daniel is a Brazilian guitarist, bassist, singer, producer and sound track composer now based in Montreal. His musical path started in 1992 playing Tenor Saxophone, later at the age of 15 he decided to experiment with different instruments such as Electric Guitar, Drums and Bass and from that moment on his passion for music has only grown.

He grew up in a very musical home and being exposed to a large variety of styles was the key to develop a number of influences that can be heard in his playing. Musicians and bands like Stevie Wonder, Jimi Hendrix, B.B.King, ACDC, Tom Jobim, George Benson, Wes Montgomery, Kenny Burrel, Jamiroquai, Al Green and Marvin Gaye are some of his biggest heroes.

Daniel studied with private teachers in São Paulo, Brazil and in 2002 he started his Bachelor’s Degree in a brazilian music university, now he’s pursuing a Jazz Studies degree at Concordia University.

Some of his projects range from a Jimi Hendrix Tribute, Midnight Funkers and a jazz trio called Living Room that play all around different venues, weddings and corporate events in São Paulo.

Daniel’s approach to teaching is based on understanding and not memorizing, ear training development and a constant effort to pass along to his students some of his passion for music.

Daniel teaches on Mondays, Tuesdays, Wednesdays and Sundays in Pointe-Claire. 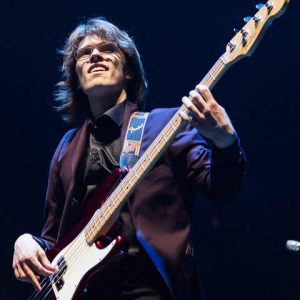 Devan began taking bass lessons at WIMA when he was 14 years old. Green Day, Rush, and Muse were among the bands he studied for the next three years. Devan was accepted into Vanier College for Jazz Performance on Electric Bass after graduating from high school. He was awarded the scholarship for the best Bass audition the next year.

Devan is a member of many of his own creative bands. He presently plays bass with The Record Breakers, Lost Lighthouse, and The Chris George Project, all of which are based in Montreal. The Record Breakers have published two albums and performed across Eastern Canada, most notably opening for Bon Jovi at The Bell Centre. Lost Lighthouse has a one EP out and has been playing performances all across Montreal for the past two years. The Chris George Project has recorded one CD, which will be published soon, and has performed at numerous venues in Montreal.

Devan’s diversified musical career has taught him how to play a variety of musical styles, including rock, blues, country, pop, funk, and jazz. His ambition is to be able to share his love of music with others so that they can benefit from all that music has to offer.

Devan teaches on Sundays in Beaconsfield.

Edward is a multi-instrumentalist, composer and arranger. He obtained his Bachelor’s Degree in Music at Concordia University in Montreal and has studied several musical genres including classical, jazz, folk, funk, blues, and rock and roll. His teaching philosophy is simple: productivity, creativity & literacy all work together for the better.

Whether a singer or an instrumentalist these are the keys to fundamental learning.

Griffin is a multi-instrumentalist that has experience playing classical, jazz, rock and other genres. He started on guitar at age 9 and gave his first public recital at age 17. He was a finalist as the youngest competitor in the 2018 North West Guitar Festival, a two-time provincial RCM (Royal Conservatory of Music) gold medal recipient, and a 2017 Vancouver International Music Competition gold medalist. He has his bachelor’s degree in classical guitar performance from McGill University and is currently pursuing a licentiate in jazz piano performance.

Griffin believes that only two things are required to learn music: passion and patience. These two things allow students of any age and background to learn the music that they are drawn to.

Griffin teaches on Saturdays in Pointe-Claire and Sundays in Cote St-Luc. 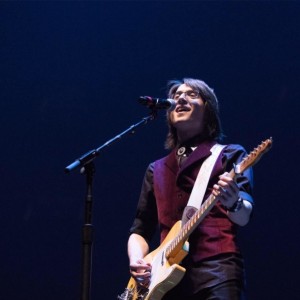 Hayden was born with a passion for music. At a young age, he began experimenting with many instruments, including the bass, before settling on the guitar at the age of nine. Hayden spent seven years at WIMA studying with a variety of music teachers before continuing his education at Vanier College in Jazz Performance.

Hayden is a talented singer, composer, and performer as well. He is the lead singer of The Record Breakers, a country/pop rock band from Montreal. They’ve released two albums and recently performed at the Bell Centre as the opening act for Bon Jovi.

Hayden, who is proficient in rock, country, blues, folk, and pop music, takes a laid-back approach to teaching and encourages students to feel comfortable and knowledgeable with their instrument while having a fun time doing it!

Hayden teaches on Tuesdays in Pointe-Claire. 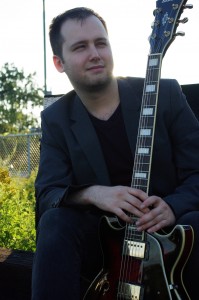 Ilya’s interest in music began at a young age, when his father, a classical music fan, would introduce him to various composers on a regular basis. Ilya sang in an Orthodox Church choir as a child, but his genuine love for music began when he picked up the bass and guitar at the age of eight and began practicing and writing in a variety of genres ranging from rock to classical. His great interest in progressive jazz prompted him to pursue Jazz Guitar courses at Vanier College and then Concordia University.

Ilya has also studied film production extensively and has composed music for a number of independent films. He’s also played in a number of progressive rock, funk, and jazz bands, playing at a variety of venues around Montreal.

Ilya’s passion for teaching has always been a method for him to share his enthusiasm with his students. His teaching technique is heavily reliant on good communication and a healthy learning environment. The students begin by honing their basic bass skills by playing songs they enjoy as well as a variety of popular songs. Ilya also enjoys teaching advanced techniques such as improvisation and songwriting to his students.

Ilya teaches on Mondays, Tuesdays and Thursdays in Cote Saint-Luc. 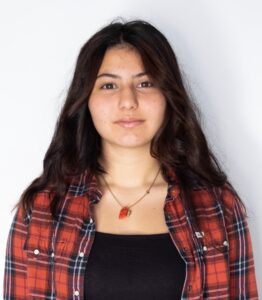 Indiana is a singer/songwriter, bassist, and guitarist. She started playing flamenco at the age of 11, converted to a more bass concentrated education in high school where she played in the school’s concert band. As for vocals, it was an unexpected interest at the age of 14 and immediately fell in love with singing. Later on, Indiana was accepted into the National Conservatory of Nice, in France to study classical upright bass.

Indiana recently moved to Montreal to pursue her studies in Music at Concordia University, mainly as a vocalist. It was a former teacher in primary school who made her discover how vulnerable she felt when he played his guitar.  This complex matter, that is music, is one of the only sciences that need this admirable knowledge, but you can still adapt it to you and your preferences. It is very personal, and to be able to make students connect with the inner musician is more than an honour. Indiana includes some theory, and the required exercises but she encourages students to come to class with some ideas of songs, to be able to play something they will enjoy! 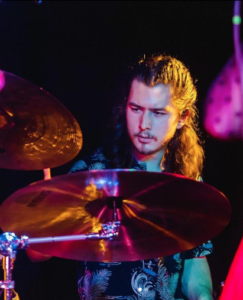 Jonah comes from a musical family and began playing the guitar at age 8. Since then he has performed on stage with many different acts including rock bands, as a musician-for-hire, and pit bands in musicals. As a multi-instrumentalist, he has experience on a number of instruments across varied musical applications. He can also offer bass guitar to any interested students. Jonah is a passionate educator and seeks to foster a love for music with his students.

Jonah teaches on Tuesdays in Beaconsfield and Wednesdays & Thursdays in Pointe-Claire. 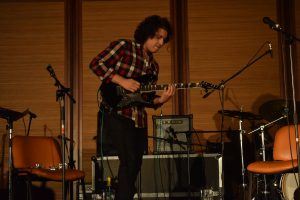 Nicolás started to play guitar at the age of 10 years old when he was at school. When he finished high school, he started a bachelor’s in music at the Universidad El Bosque located in Bogotá, Colombia. On August 2021 he received his degree as a musician with an emphasis on music production.

In his native country, Nicolás taught guitar and piano to children, where he developed his teaching skills and found methods and techniques to have a successful learning experience.

He also has been a member of many rock bands like “Elemental” and “Neofónica”, where he was an instrumentalist, composer, arranger and music producer. As an audio engineer, he has worked as a recording, mixing, and mastering engineer.

Nicolás is passionate about music and audio, and willing to share all his knowledge with his students.

Ryan first picked up the Guitar at the age of 6 and started to take lessons in High School at the age of 12. In High School, Ryan performed many concerts with his school band all around Montreal and in China. In the early years of his musical career, Ryan played Rock and Metal and as he grew, so did his taste in music. Ryan is now proficient in playing Jazz, Blues and RnB  in addition to Rock and Metal. Ryan believes there are only really two styles of music: good and bad. He currently studies Music at Vanier College and hopes to continue his studies and make his career in Music.

Ryan teaches on Tuesdays, Wednesdays and Sundays in Pointe-Claire.