Which Guitar Chord Should You Start With?

WHICH GUITAR CHORD SHOULD YOU START WITH?

When you start learning an instrument, you don’t necessarily know which chords you should work on first. And yet, by knowing just a handful of chords, you can already play plenty of tunes and have a lot of fun. But which guitar chord is it best to start with?

When you start with the guitar, you naturally gravitate toward chords in first position – in other words, the major chords, the minor chords, and the 7th chords. These are indeed easier to learn, because they’re played without a barre. Furthermore, they allow novice guitarists to form their hand and the callus on their fingers before turning to the barre chords.

Be Able to Play Songs Quickly

The advantage that chords in first position offer is that they’re easy to absorb and let you play a certain number of songs immediately, because they’re widely used in a variety of them. In addition, these are chords that sound loud, because the open strings vibrate a lot and they’re less painful for the hand than barre chords. However, there’s only a limited number of first position chords.

While it’s impossible to play a song with a single chord, there’s a wide variety that only use three. For example, if you’re looking for three chords that are common and easy to learn, you can remember:

Indeed, these three chords are the basis of many songs and are relatively easy to play. They also let you gain flexibility and dexterity in your fingers before tackling more complex chords.

The E Major Chord: The First Chord to Learn

Played with three fingers, this chord is one of the easiest to learn after the E minor. A chord with open strings, it’s played on the first two frets of the guitar. The middle finger is placed on the second fret of the “A” string, the ring finger comes to the second fret of the “D” string, and the index finger is placed on the first fret of the fourth string (“G” string). The E major is in fact an E minor to which the index finger has been added, so it’s nothing too complicated.

The A Major Chord

This is a simple chord that requires you to line up three fingers on three adjacent frets. Guitarists with large fingers naturally have a bit more trouble with this chord. Basic and essential in guitar, it’s widely used in pop and rock.

Once the first few guitar chords have been learned, it’s possible for the guitarist to play a wide variety of songs right away. Successfully playing songs and having fun are an inherent part of learning: this lets you stay motivated to keep working on the guitar, and to tackle more complex chords. 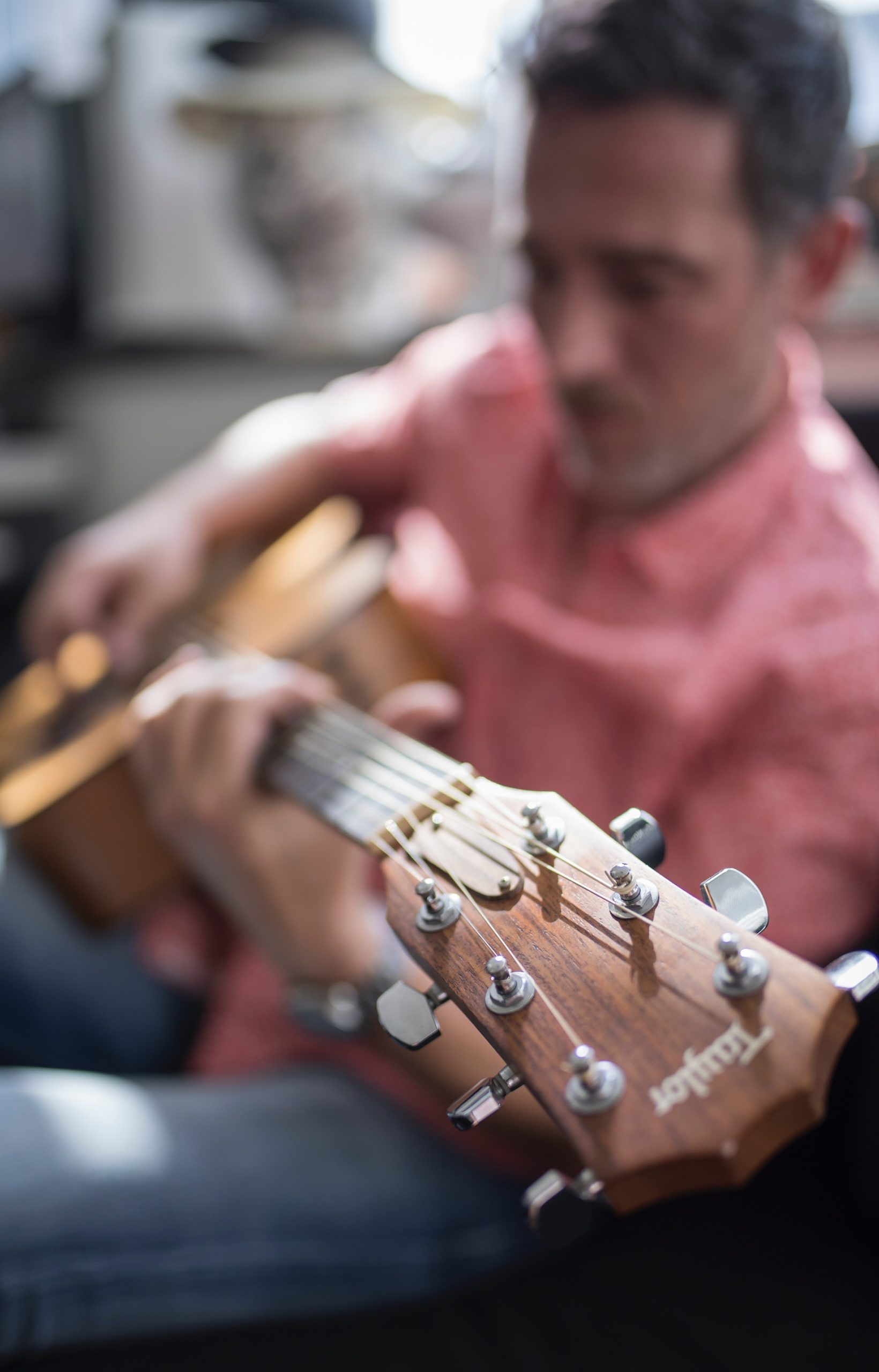